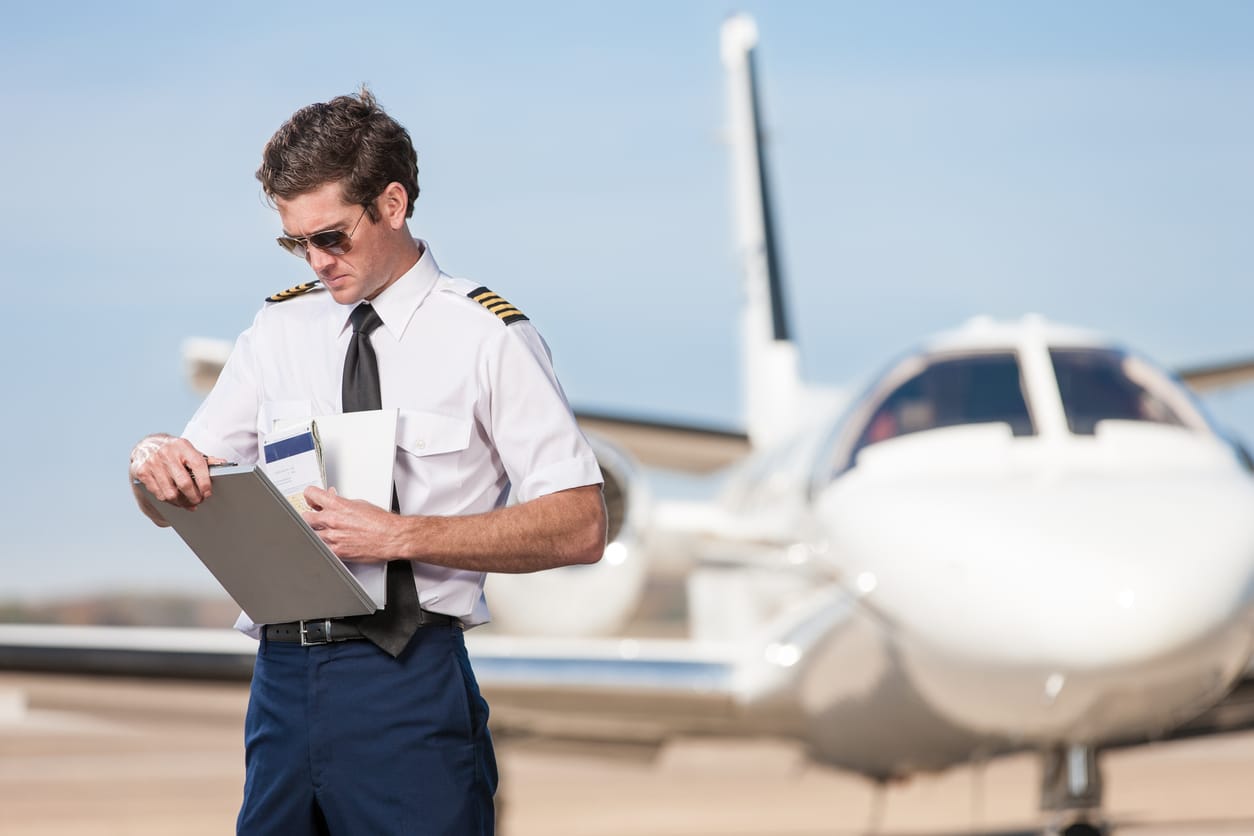 Even with the incredible diversity of experience levels and kinds of pilots in aviation, there’s things they all have in common:  Each maintains a logbook. A logbook is the indispensable diary of a pilot’s training, career, and solo journeys. It records not only where he has flown, but who he has flown with, the number of hours, how many landings were undertaken, kinds of instrument approaches, and what kind of airplane took them on the journey. When companies interview pilots for a job, airmen bring their logbooks with them or submit electronic copies. Pilots who look through their logbooks after many years in the cockpit can see them as a succession of not only flights, but memories, challenges, and growth. To establish yourself as a responsible pilot who can establish your proficiency and range of experience at a glance, it’s vital to know what belongs in your logbook and to update it as necessary.

In most cases, any time a pilot is sitting in the left or right seat of an airplane and performing some sort of flying duties, the time may be logged. The question then becomes whether the pilot was pilot in command (PIC),  second in command (SIC), or giving instruction as a CFI.

There are many different formats of logbooks because the FAA does not specify how a logbook should appear. The regulation pertaining to logging time simply states that the information must be noted: “in a form and manner acceptable to the (FAA) Administrator.” That has given rise to many different logbooks with different amounts of columns for information.

The most basic information in a logbook entry should include:  take-off point, landing point, aircraft type and registration number, flight time, and a breakdown of specific times for that flight. For example, a flight may have lasted one hour, but only twenty minutes may have been spent operating the aircraft solely by reference to instruments. This should be logged as “instrument time.” In addition, even instrument time can be broken down between simulated instrument time (commonly called “hood time,” or operating the aircraft with a view limiting device) and actual instrument time, in which the pilot is flying in clouds or low visibility conditions.

Most logbooks also offer a comments section in which notes can be made about the flight. During training, a CFI’s endorsement for instruction given during that flight is included in the comments section. While it might seem fun to include such information as “Great night for a date,” it’s important to avoid anything which might reflect unprofessionally on you.

Hours logged in a simulator (also known as “sim time”) also go into a logbook. However, the FAA is particular about which type of sim time is logged and in what ways. The FAA distinguishes between flight training devices (FTD), full flight simulators (FFS), and aviation training devices (ATD), both basic and advanced. It’s important to avoid mislogging sim time as PIC time and to ensure sim types are properly represented.

In the past, pilots manually added up their flight time, but now that job falls easily to spreadsheet programs and apps. This not only provides a backup in case a paper copy is lost; it helps to eliminate mathematical errors.

Since logbooks are in essence, a self-reporting document, people who are not members of the aviation community might wonder why a pilot wouldn’t simply invent flight time in order to improve employment chances. Plus, doesn’t this save money and time?

However, inflating logbook hours isn’t merely a matter of lying. Your logbook is considered a legal statement to the FAA, and perpetuating untruths is considered making false statements to the agency—federal perjury. That can carry a jail sentence of up to five years and a fine of a quarter of a million dollars. Even if you aren’t scrupulously honest, that should be reason enough to keep it on the straight and narrow when placing entries in your logbook.

In addition, seasoned pilots can usually tell by a pilot’s knowledge and finesse in the air how many hours he or she probably has. A pilot presenting himself as having 5000 hours in many different types of aircraft but who misnames several parts of them and makes many basic errors isn’t going to be able to hide the ruse for very long. That’s a terrible hit to a pilot’s reputation, and the aviation community is a small one. It’s just not worth the risk.

Modern pilots are fortunate in not only in the vast array of logbooks from which to choose and the ability to order one at a moment’s notice but in their ability to establish automatic backups and even use apps to update their information on a variety of devices. Before the advent of copy machines, scanners, and portable digital technology, pilots had to make handwritten copies of a logbook if they wanted to back it up—and even then, this copy would not contain their instructors’ signatures. Now, computer programs and apps enable quick updating and access from anywhere. A lost logbook used to be an absolute catastrophe, but now it’s little more than an annoyance as long as you are assiduous about electronic backups.

Fortunately, even the act of an instructor “signing” a logbook is now online, so it will remain on file with the federal government. In addition, The FAA mandates the filing of Form 8710-1 with each new rating and certificate. This paperwork includes a record of the time the pilot logged while in pursuit of his accomplishment. When this is signed, it then replaces the most recent Form 8710-1. In this manner, it can act as a semi-logbook replacement. While an airman may not have a record of his most recent flying in the event of a lost paper logbook or wiped file, Form 8710-1 can act as a starting point for reconstructing training and verifying a pilot’s credentials.