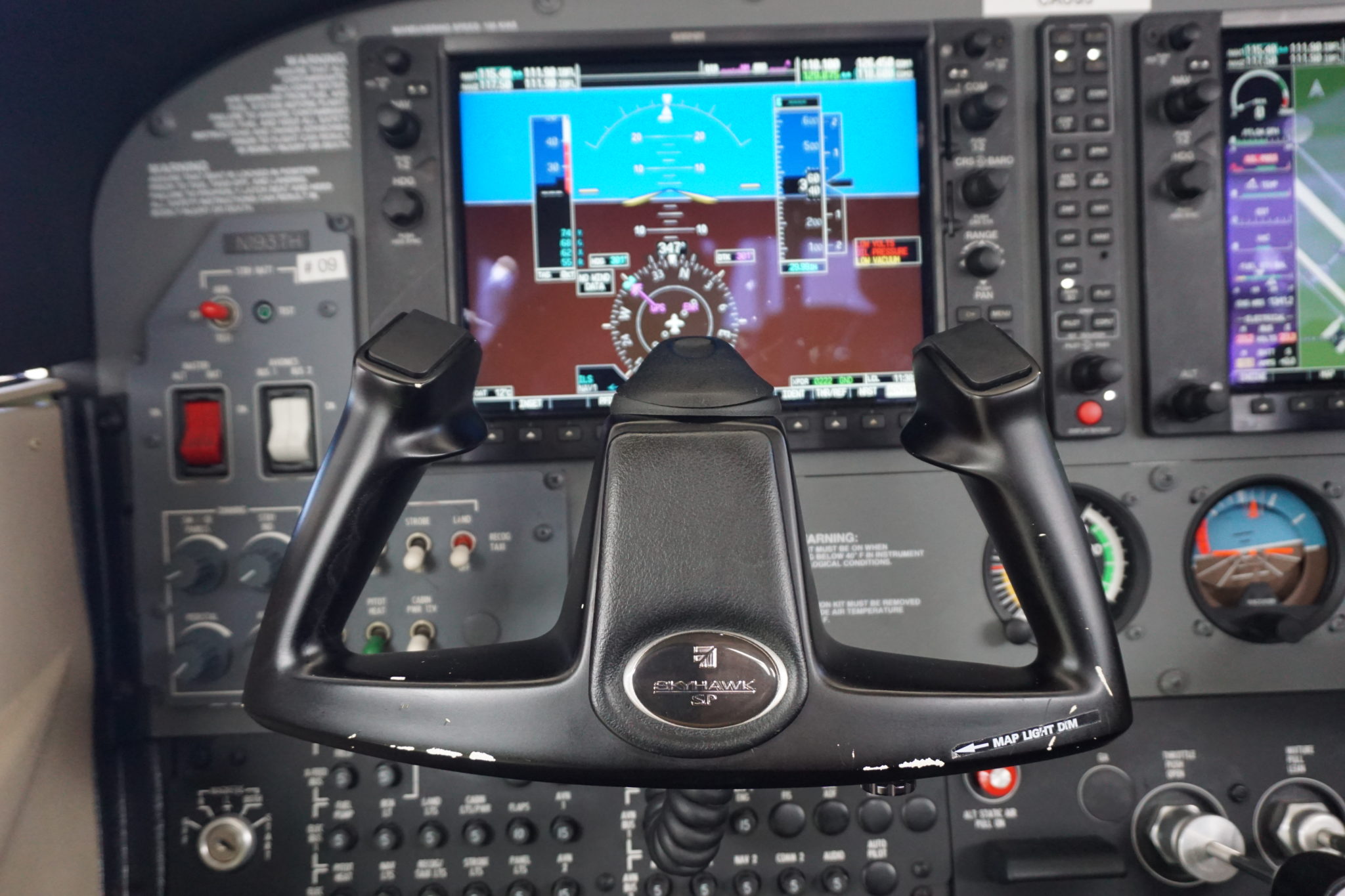 Understanding pressure altitude vs. density altitude is an important factor in becoming a safe, well-rounded pilot.

Many student pilots are confused by the difference between pressure altitude and density altitude. Understanding which is which will help you better understand the forces acting upon your aircraft; a well-educated pilot can then adjust accordingly, especially depending on the weather and time of year in which the flight is taking place.

Learning about the differences and similarities between them, as well as how they are measured and calculated, is an important part of any pilot’s education. Working knowledge of a few formulas and instruments related to pressure altitude vs. density altitude, as well as the concepts behind them, are just a small part of flying as a well-rounded pilot.

The Importance of an Altimeter in Understanding Pressure Altitude vs. Density Altitude

To correctly understand what pressure and density altitude are, as well as the differences between them, pilots must first have a strong grasp of what an aircraft’s altimeter is, what it measures, and how it works. Altimeters are part of an airplane’s “six pack,” which refers to six primary instruments, either analogue or digital, which are present in most general aviation cockpits. In addition to the altimeter, the six pack consists of the airspeed indicator, attitude indicator, vertical speed indicator, heading indicator, and turn coordinator.

The altimeter measures static air pressure, which is the pressure of the atmosphere. It is different from a barometer, which only indicates atmospheric pressure, whereas an altimeter translates atmospheric pressure into altitude. This is important for pilots to know so they have an accurate concept of how high the aircraft is. Radar and GPS altitude can give this same information, but they cannot sense changes in air pressure like an altimeter can, and radar only works at lower altitudes.

On piston-driven airplanes, pilots must input new information into the altimeter on a regular basis, usually every ten to fifteen minutes. Whether he or she is using a glass cockpit or traditional “steam gauges,” the pilot must set it to the altimeter pressure of the nearest airport. Unless he or she does so, navigation errors quickly result. Pilots speak to air traffic controllers regularly in order to gather this information. On both glass cockpit as well as analogue altimeters, the pilot adjusts the altimeter using a small dial. These calibrations compensate for local weather conditions so that the altimeter is accurate.

A static port outside the airplane’s fuselage measures the air pressure. It is located in a place where it can read the flow of the air without many disturbances from the airplane’s control surfaces. A tube from the port connects it to a series of aneroid wafers (in other words, a small metal disk) in a small container. These wafers are sealed so that they measure only the air reaching them from outside the airplane.

As the air from the static port reaches the aneroid wafers, they expand and collapse based on the static pressure they experience. When the pressure is low, the instruments can expand; under higher pressure, they are pushed down. Mechanisms within the altimeter are connected to this chamber, and the data is then fed to the part of the instrument facing the pilot. Airplanes flying at lower altitudes compress the wafers; those located higher up will show increased altitude as the aneroid wafers expand.

What is Pressure Altitude?

Pressure altitude is the attitude displayed on the altimeter when the Kollsman window is set to 29.92 inches of mercury, or 1013.4 millibars. Pilots cannot use pressure altitude below 18,000 feet, because then the aircraft’s true altitude would change depending on temperature. That is why every time a pilot checks in with a new air traffic controller, the local altimeter calibration is necessary. The altimeter indicates how high the airplane is above sea level by calculating the difference between the pressure in the aneroid wafers and the atmospheric pressure fed into the static port.

What is Density Altitude?

Density altitude is calculated as part of the pre-flight preparation process. Most airplane’s Pilot Operating Handbooks (POH) include a chart showing how to calculate this information. Pilots need to know density altitude because it reflects air density. The less the air density at high altitudes in hot weather, the less lift is generated over the wings. Having this information can help the pilot prepare for an aircraft underperforming in such conditions. Pilots might need to fly with fewer bags or people, or even delay the flight if it seems the runway is not long enough to have a sufficiently long takeoff roll.

The Importance of Aeronautical Decision Making

2 thoughts on “Pressure Altitude vs. Density Altitude: What’s the Difference?”